Last week we spoke about using a different aspect of SETTING in our stories and namely, using sounds to enhance a scene, a character, an emotion. This week we move on to another aspect that can help us make our chapters, our scenes more realistic, more enticing – help us set the mood or invoke emotion about a place or a character.

I can’t say there is any aspect in SETTING that works best or that is easier than the other. But I have noticed that using smells can undoubtedly put a reader in a particular mood, or predispose them to feel a particular way towards a person or a place. Of all the senses, smell has the strongest psychological effect. A single sentence about smells can reveal more about a place than five paragraphs of descriptions.

Let’s look at a few examples. We’ll do it a bit different this way – instead of looking at before and after I’ll show you sentences with smells uses in them and discuss how this reflects on the scene. Like this one:

I hurried to join the packed street ignoring the curious glances some gave me. Nothing to see here, just a regular person jumping off a building. Move along.

The stench of sweat, sewage, and smoke would have made me gag had I not been out of breath. Air, any kind of air, was precious for my lungs even if it made my eyes sting.

‘The stench of sweat, sewage, and smoke’ – this part right here gives us an idea of the world she lives in, a dark, disgusting place where it all smells bad. A bad place. Without me saying it directly you’re all wrinkling your noses because all of you are familiar with the smells. And together they aren’t pleasant. The reader is immediately put off by this description and subconsciously they know something bad is about to happen. Using negative smells helps you give your opinion, a hint of what is to come without being too obvious.

If I had described the city as sunny, clean, people smiling or smelling of fresh bread and the fragrant of flowers soaking the air then the feeling would have been completely different, wouldn’t it? Close your eyes and try to imagine the two pictures – the dark, grey city buildings, people with sullen faces, the smell of sewage and sweat making you gag, dirt and excrement squashing under your boots… and on the other hand – a city, sun-soaked gardens surrounding picture-perfect houses, people with flowers in their hair and big smiles going on about their business in a freshly cleaned street… you’ll immediately think the first picture is of a bad place while the second one was of heaven. You can use this to your advantage to set up the mood, the feeling of a place or to confuse the reader.

The same thing applies to people, of course. There are so many different smells around us, smell we know well, and smells that bring memories, emotions without words. Let’s look at a couple of examples here too:

Her hair smelled of sweet apples and cinnamon, her skin – a

delicious mix of milk and honey. She was

smiling at me with playfulness I’ve long forgotten, her delicate hands turning the pages of her small book with such grace I could barely breathe.

It’s not my best work but I wanted to show you what positive, sweet smells can do. The girl sounds like something you’d want to eat and if this is a romance story/scene you can tell just by the way what the main character notices about her that he/she has feelings for the girl.

I doubt many don’t love apple pie and even if so, all those smells mentioned are of things people like – apples, cinnamon, milk, honey. Sweet things, enjoyable things. We immediately understand the main character’s feelings without him telling us anything about them.

Now let’s look at the opposite:

Grace shivered, wrapping her hands around herself. The man crouched in front of her, so close that she could almost touch him. He smelled of sweat after a hard day at work and death, as if he had spent his days in the underworld.

He reached towards her, his fingers tightening around her throat as he pulled her to her feet. Her toes barely touched the ground and she choked, trying to take a breath. His cold hand smelled of clean soap but right beneath it she could still detect the stench of blood-soaked deep into his skin, like a tree growing roots deep in the ground beneath.

I got a bit carried away with this one but you should get the idea 😀 If I did my job right reading through those paragraphs you should feel fear of him, or at least you should be alert of what he may do. Even though I didn’t use obviously disgusting smells it is clear that he is dangerous, bad(maybe), deadly.

Usually, the best moments to use descriptions of smells are when the main pov characters go to a new place, meets a new person. A few words, a couple of sentences, in the beginning, will set the mood but it is important to remember not to overdo it. And of course, you can’t do that in absolutely every new scene or place since it will quickly become repetitive. Another thing to have in mind is to be careful with the bad smells since you don’t want the reader to feel so much repulsion that they don’t want to read anymore.

Here is a list with some useful words for describing smells that you can use in your writing:

There are many more adjectives and active verbs you can use to express or describe a particular smell and you totally should do it if you find a word that works better for you. But remember, all with good measure. Don’t overwhelm the reader.

So this was for today, I’ll see you next week with another post in the practical use of SETTING series – light and colors.

The mistakes we all make

The Role of TIME in Fiction

Love in Time of… Quarantine

Get an email with all the new content and news straight to your email! Don't miss on any of the new books or writing advice entirely for free! 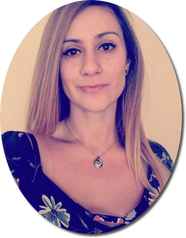 Just a shy introvert girl who loves to read, write books and blog about it
Read My Novels on Inkitt

The Red Tent
by Anita Diamant
tagged: historical-to-read and currently-reading

This website uses cookies to improve your experience while you navigate through the website. Out of these, the cookies that are categorized as necessary are stored on your browser as they are essential for the working of basic functionalities of the website. We also use third-party cookies that help us analyze and understand how you use this website. These cookies will be stored in your browser only with your consent. You also have the option to opt-out of these cookies. But opting out of some of these cookies may affect your browsing experience.
Necessary Always Enabled

Any cookies that may not be particularly necessary for the website to function and is used specifically to collect user personal data via analytics, ads, other embedded contents are termed as non-necessary cookies. It is mandatory to procure user consent prior to running these cookies on your website.